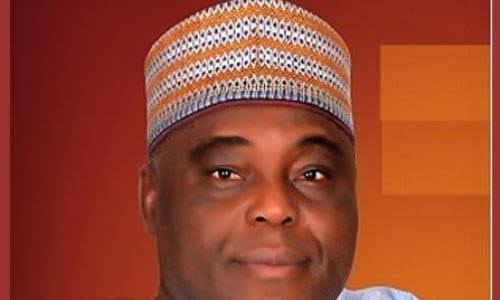 The founder of DAAR Communications Plc, High Chief Raymond Dokpesi and 7  members of his family have tested positive for COVID-19, 3 days after his son and chairman of the company, Raymond Dokpesi Jnr contracted the virus.

The results of tests conducted by the Nigeria Centre for Disease Control, NCDC on the Dokpesi family came out positive for 8 members of his household this Friday.

Dokpesi Snr and the affected members of his family have been evacuated by the NCDC to the isolation centre at the University of Abuja Teaching Hospital for  treatment.

Speaking to a reporter in the media outfit shortly after the arrival of the NCDC ambulance, High Chief Dokpesi sounded quite upbeat, saying “I’m quite ok, I feel well”. An indication that his condition is still asymptotic

On Monday, the Chairman of the DAAR Board was the first to test positive for the COVID19 after symptoms which he said were similar to malaria.

A contact identification and tests immediately commenced with his family members including his father Dokpesi  Snr.

The test was later extended to Senior Management staff and members of staff who had been in close contact with the company’s index case.