As the Supreme Court gets to hear the fresh application filed by the Peoples Democratic Party (PDP) and its candidate, Emeka Ihedioha, on Tuesday, a civil society organisation, Democracy Study Group (DSG) has enjoined the court to be guided by “massive evidence of over-voting and other clear incidences of electoral fraud that has emerged in the public space since the January 14, 2020 judgment.”

The group in a statement released on Sunday said the apex court has a duty to redeem itself from the embarrassment of having been misled by contrived, incorrect and fraudulent figures pertaining to the 388 Polling Units which the candidate of the All Progressives Congress (APC) canvassed in court.
The group said facts and data from the Independent National Electoral Commission (INEC) provide evidence to the effect that over-voting occurred in no less than 226 of the 388 Polling Units “wherein INEC has consistently maintained that election was either cancelled or did not hold at all.
“This approximates to about 80percent of the results of the said units dumped on the court and on which basis the Election Petition Tribunal and the Appeal Court rightly dismissed them for not having any probative value.”
The group further said the facts from INEC “incontrovertibly demonstrates evidence of over-voting apart from other cases of electoral fraud which have been variously exposed in the media space since the controversial judgment was made.
“It is therefore incumbent on the Supreme Court to rise to the occasion and save the integrity and sanctity of the judiciary as the last hope of the common man. And of course, more importantly, save our democracy and the image of Nigeria which has been brought to great odium by the earlier judgment.”
The group attached the following presentations to the statement: 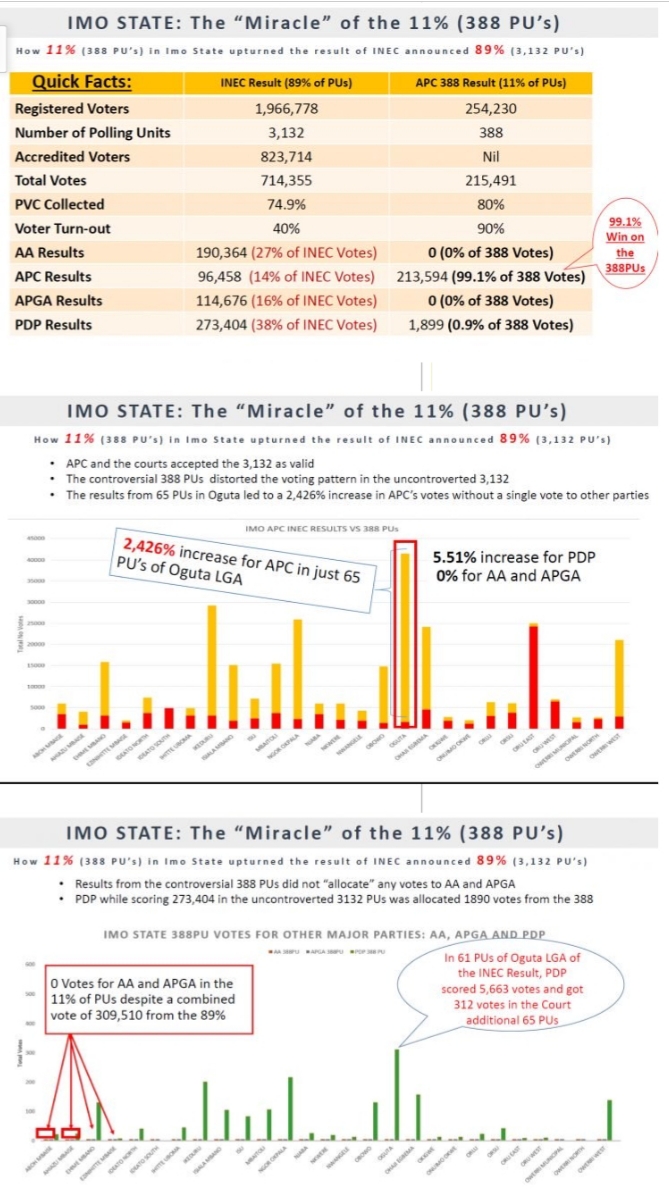 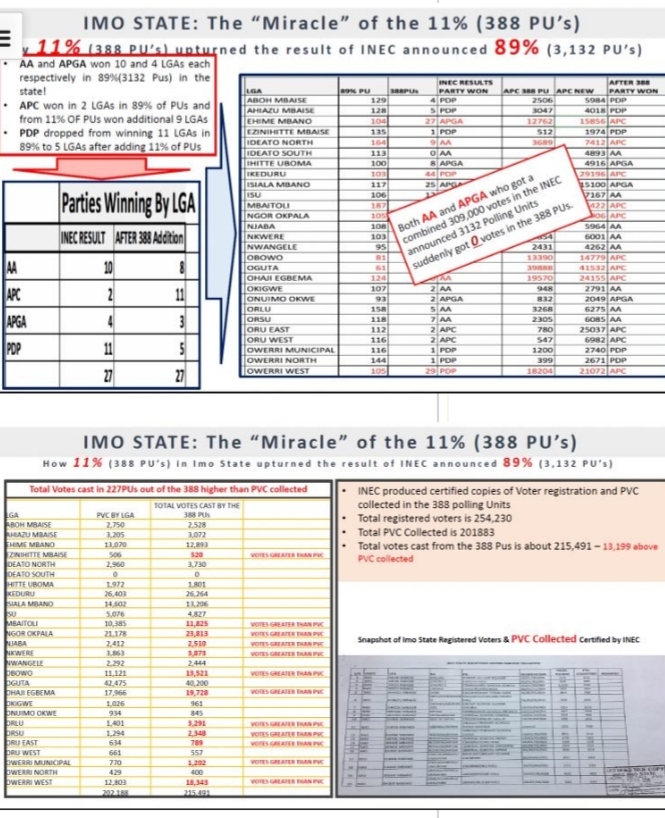