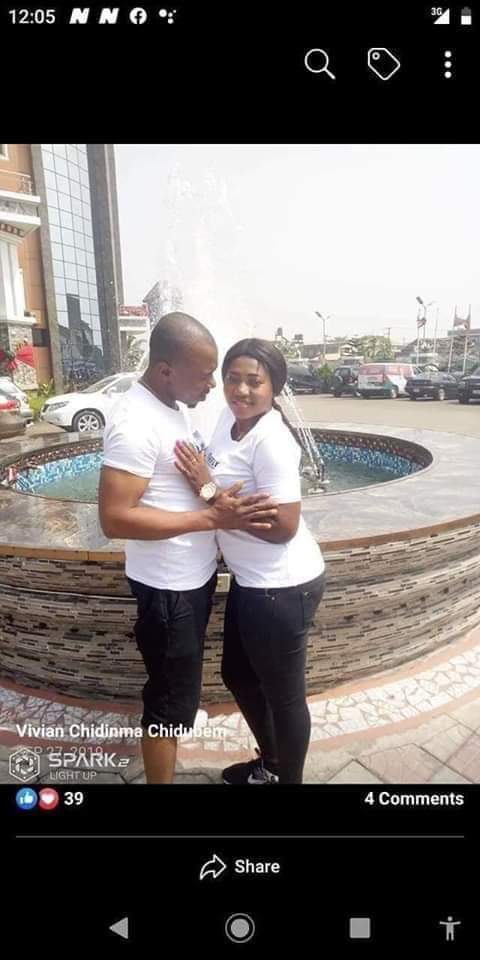 The evil of supporting husbands slaughtering has claimed its first victim as one of those Feminists by name Vivian Chidinma Chidubem has been kicked out by her new husband over the comment she made in “Extraordinary Mums & Singles” Facebook group in which she expressed support for slaughtering of husband and even added that instead of using knife they should remove the break of their husband’s car so that he can involve in fatal accident and die or sustain mortal injury. 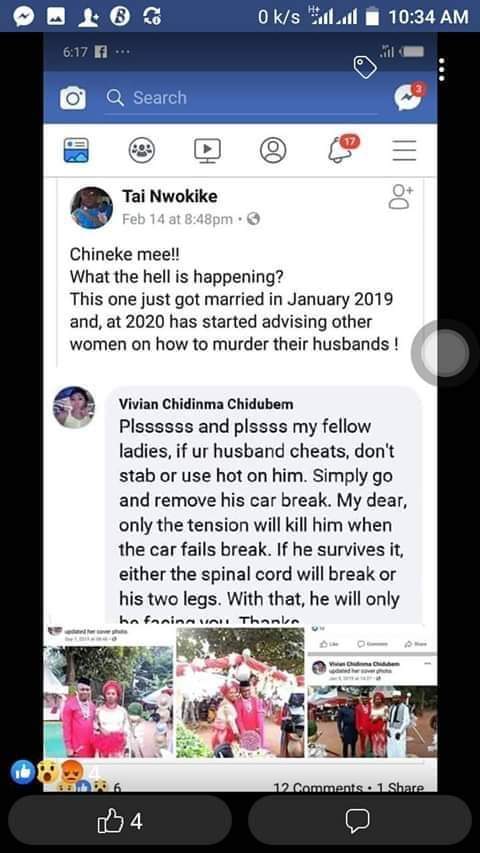 It was revealed that angry Nigerians who read the reckless comment in the group, checked her previous posts and realized that she posted pictures of her marriage not too long. Hence, they screengrab her comment on how to kill husband without using knife, then traced her husband and sent him the screenshot. 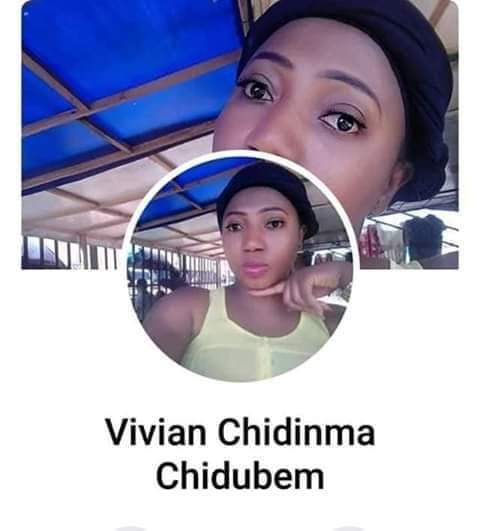 According to those who know her physically, the furious husband immediately sent her back to her father’s house with strick warning never to return to his house, explaining that he is still too young to die and even if he becomes old he wouldn’t want to die painful death in the hand of a murderous woman he assumed he trusted.

As at the time of filing this report, some Nigerians are still trailing others who made comment on how to kill a cheating husband both in the group and in a Facebook page called, “DPA Rambo” notorious for teaching married women how to divorce at slightest quarrel and help them in making the divorce fast.