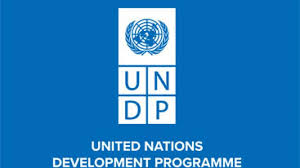 United Nations Development Programme (UNDP), helps  countries attract and use aid effectively. In all our activities, we encourage the protection of human rights, capacity development and the empowerment of women.
We invite applications from suitably qualified candidates to fill the position :

Background
The farmers-herders violence is both widespread and fluid in scope, making any geographic limitations to  the project challenging. Violence occurs in localities, and the dynamic movement of persons across the community, local government, and state lines  a flexible approach  selection of target areas. For example, when Benue State implemented the Open Grazing Prohibition Law on November 1, 2017, northward into Nasarawa and Taraba states. Media reports suggested that the attacks on communities in Benue in early 2018 were reportedly coming from groups based in Nasarawa State. With Taraba State having also passed, but not yet implemented or enforced a similar law prohibiting open grazing, the Nasarawa-Benue-Taraba nexus emerges as a critical peacebuilding area for the farmer-herder crisis.

Although the recent escalation of the crisis has highlighted the volatile security environment on the ground, research suggests that the Nasarawa-Benue-Taraba nexus has long faced these problems. According to the Uppsala Conflict Data Program’s (UCDP) Geo-referenced Event Dataset (GED), 28% of deaths in attacks between farmers and herders  in Benue state occurred in Guma and Logo LGAs. In the same period, farmer-herder violence in Taraba state claimed 49% of its casualties in Wukari LGA. These striking death tolls around the Nasarawa-Benue-Taraba nexus  that targeting this area in a more focused manner can provide crucial peacebuilding dividends for affected communities.

The Project on Integrated Approach to Building Peace in Nigeria’s Farmer-Herder Crisis Project will, therefore, target the three states of Benue, Nasarawa and Taraba with state-level activities,  two contiguous Local Government Areas (LGAs) in each of the three states for targeted interventions to promote peace. The geographic focus thus centres on the Benue River, where formalized and functional state-level peacebuilding infrastructure and early warning systems are lacking, agriculture and pastoralism are important livelihoods and economic activities, and inter-state interactions are more easily facilitated enabling effective use of project funds.

The in-depth work with communities will target the following Local Government Areas: Ibi LGA and Wukari LGA (in Taraba), Awe LGA and Keana LGA (in Nasarawa), and Logo LGA and Guma LGA (in Benue).

The second outcome of this project is “strengthening economic interdependence between farmers and herders” This outcome has one of its output as providing livelihood opportunities for agricultural/pastoral interface based vocational training to men, women and youths in the communities where in the project is being implemented in the three states.  project has  the process of data collection from project communities in Wukari and Ibi LGAs of Taraba state to profile and analyze these data. Information gathered will then be used for selecting beneficiaries for vocational training in these LGAs.