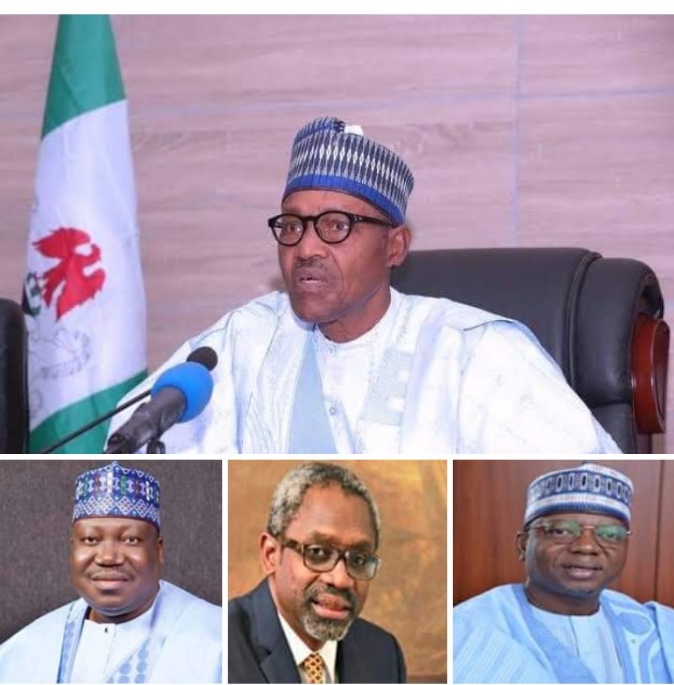 “If the Hate Speech Bill had been in place between 2013 and 2015 Lai Mohammed would not be alive today”- Senator Enyinnaya Abaribe.

My dear friend and brother Senator Enyinnaya Abaribe, as courageous and truthful as ever, is absolutely right.

I would however go a step further by adding that President Muhammadu Buhari himself, Bola Tinubu, Nasir El Rufai, Rotimi Amaechi, Adams Oshiomole, Yemi Osinbajo and a good number of other leaders in the Federal Government and/or the ruling party would no longer be with us either if the Bill had been in place between 2013 and 2015 because they would all have been hanged for their hateful words and inciting speeches.

Yet that was not the way of the PDP and neither was it ever even discussed, contrived or contemplated because civilised leaders and enlightened political parties do not seek to kill others for airing their views and neither do they seek to supress dissent or destroy those that oppose them.

To his eternal credit President Goodluck Jonathan never locked up anyone for what they said, no matter how provocative, and neither did President Olusegun Obasanjo.

These were enlightened, educated, temperate, accomodating and civilised leaders who understood the importance of freedom of speech in a democracy and who were big and strong enough to resist the temptation of becoming unaccountable and sociopathic tyrants whose sole objective was to crush all their detractors, traducers and political enemies.

Sadly those that rule Nigeria today are from a different world and their mindset and disposition are not as reasonable, charitable or kind.

Simply put they are hard-hearted and wicked men with dark, vengeful, bitter, cruel and relentless souls. Not only are they modern-day tyrants but they are also a bunch of pyscopathic and psychotic sadists who thrive on instilling fear on their hapless victims and on intimidating and oppressing the people that they seek to lead.

This brings me to the topic of this contribution. It is my view that the Social Media Bill and the Hate Speech Bill  are the greatest threats to democracy and freedom of expression in the history of Nigeria.

They can be collectively described as the biblical ‘mark of the beast’ because their objective is to diminish our humanity, silence our voices and cage our creativity.

The former seeks to cripple freedom of expression on social media whilst the latter, which is a “copy/paste” Bill from the tiny island of Singapore, seeks to literally murder all of Buhari’s political enemies. Permit me to break it down in simple terms.

If you speak against their domination and intimidation of the Legislature and Judiciary and the total break down and violation of the doctrine and principle of separation of powers they will do the same.

If you speak against the ruling party, its Governors, its Ministers, its officials, its institutions or its leaders they will do the same. It goes on and on.

If the National Assembly makes the mistake of passing either or both of these two Bills Nigerians will suffer the consequences for many generations to come and human rights, liberty and freedom will be a thing of the past in our country.

I would urge the Nigerian people not to view this matter with their usual levity, indifference, complacency, docility, stoicism and lily-livered cowardice because the whole thing is an insidious atttempt to silence their tongues, cage their spirits, capture their souls, break their ability to resist tyranny and evil and finally turn them into a nation of pliant little quislings, slaves and errand boys.

What we are witnessing is the final and greatest manifestation of the fascistic, totalitarian and authoritarian state which, like Hitler’s Germany, is creeping up and hiding under the guise of democracy.

Buhari and his friends want Nigeria to be like Stalin’s Soviet Union or, better still, like modern-day North Korea and Saudi Arabia.

These are countries where dissent, oppositon to Government, plurality of views, variety of opinion, individual rights and criticism of Government policy and the maximum dictator is forbidden and where total power is concentrated in the hands of just one man. This is the classic Orwellian nightmare and it is unfolding before our very eyes.

If they get away with it and achieve their objectives Nigeria is finished and within a matter of years we will become the blight of Africa, the pariah of the Third World, the laughing stock of the international community and the worlds largest, most brutal and most savage prison.

What a terrible fate for a people that are so trusting, so innovative, so resourceful, so resilient and so blessed.

Let us go a little deeper.

The leader of the Fulani herdsmen and President of Miyetti Allah, Abdullahi Bodejo, says he and his organisation are in full support of both the Social Media Bill and the Hate Speech Bill and that these proposed laws would allow those he described as “Fulani-haters” to be jailed and HANGED.

Now we know who is behind these Bills and what their real intentions are!

These people came to power and installed a rabidly and virulent Fulani nationalist Government through hate speech and the social media and now they are terrified of being removed by it.

And of course they are the ones who get to deternine and define precisely what hate speech is.

To them criticising and condemming Buhari, his incompetence, his racism, his religious bigotry and his atrocious Governments policies or speaking out against the mass murder and genocide of non-Fulanis all over the country by Fulani herdsmen is “hate speech”.

To them any mention of the President that does not put him in a favourable light or project him as Nigeria’s long-awaited messiah is “hate speech”.

As a matter of fact anyone that refuses to worship and praise Buhari or lick his rectum will ultimately be accused of “hate speech” and hanged and anyone who so much as criticises him on social media or elsewhere will be arrested and jailed.

That is where this man is taking Nigeria and he is using his minions in the National Assembly to achieve it.

He wishes to impose a culture of silence and fear in our nation and he wishes to intimidate and cow our people. To him we ar nothing but conquered slaves and serfs who do not deserve to have a voice.

To him we are a broken, cowardly, conquered and subjugated people who are not worthy of life and liberty and who do not deserve to be treated as equals.

To him we are vermin that must be subdued and put in their place. To him we do not deserve the privilages, rights and liberties that accrue to other citizens of the world that come from other climes.

To him we are not worthy of having a voice or a defender. To him we must bow our heads, bend our knees and tremble in our beds each time he growls.

To him we must accept subjugation, oppression, injustice and tyranny without expressing dissent or saying a word.

To him when our people are slaughtered like flies by his Fulani brothers and core northern Muslim colleagues we must not complain and we dare not write about it, post about it, tweet about it or even cry about it.

That is Buhari’s shameful vision for Nigeria and that is the kind of society and culture that he is attempting to impose.  And the slavish fool of a Senator from Niger state that is propsing these Bills is simply doing the President’s bidding.

Yet all this is nothing new. We have seen it many times before and it never lasts.

The Fulani in Nigeria are passing a law to stop their victims from condemning mass murder.

Yet hear this: whatever you say and do, we the people will NEVER stop criticising and condemning your unholy agenda, racism, mass murder, genocide, ethnic cleansing, oppression, Fulanisation, islamisation and tyranny.

In order to have your way and silence us you will have to hang us ALL!

Until then we challenge you, nay we dare you, to do your damnest worse. Christ in us: our hope and glory!

Permit me to end with the following: any Senator or House Member that supports either of these two Bills should bow his or her head in shame and know this: we the people shall NEVER forget or forgive you.