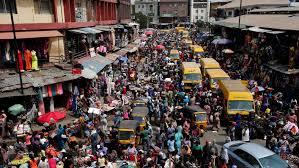 A stomach or intestinal disease is plaguing Lagos, and according to Commissioner for Health, Prof. Akin Abayomi, some 117 persons have been infected by the disease in five local government areas of the state.
A health worker in Ebute-metta discloses that some 168 patients have been diagnosed with the ailment so far; and that the figure could be higher because not all cases are reported.
The ailment is called gastroenteritis and it is the name for the inflammation of the stomach and intestines. Gastroenteritis is a bacterial or viral infection which causes vomiting and diarrhea. Its symptoms may include diarrhea, vomiting and abdominal pain. Symptoms may also include feverishness, a lack of energy and dehydration.
“Patients with gastroenteritis come down with severe acute watery diarrhea and profuse vomiting. Those infected with micro-organisms causing the disease show signs and symptoms within 12 hours to one week after ingesting contaminated food or water. The disease affects both children and adults and can kill within hours if untreated,” Abayomi says.
What causes gastroenteritis?
Poor hygiene, eating contaminated food and drinking contaminated water are causal factors, like Abayomi pointed earlier. The micro-organisms that cause gastroenteritis are the same ones that cause typhoid fever, cholera and certain viral diseases.
Consuming uncooked seafood, unwashed fruits and vegetables or shellfish from estuarine waters, can also leave you prone to gastroenteritis infection.
What could have caused the Lagos epidemic?
The rains contributed significantly. It’s been raining without let in Lagos and flood water has become part of everyone’s life in the nation’s commercial capital. That flood water comes laden with all kinds of harmful micro-organisms from waste, faeces and urine.
When residents swim in all this infested water and enter homes or consume food without thoroughly washing their hands or bodies, they leave themselves open to intestinal infections.
When food vendors prepare dishes or wash utensils or cutlery with contaminated water, they help spread the disease.
Abayomi also states that the increase in the number of cases of gastroenteritis is not unconnected to the persistent rainfall in Lagos and the attendant flooding.
What is the Lagos government doing to curb spread?
The health commissioner says “following the report of these cases, Rapid Response Teams at the affected LGAs led by the Medical Officers of Health were activated, stool specimen were collected for laboratory test to confirm the micro-organism causing the vomiting and diarrhea while surveillance have also been scaled up in communities within the affected LGAs to stop the spread of the infection.
“The results of laboratory tests will be published once the source pathogen is identified.”
Some of the worst hit local governments are Lagos Island, Ajeromi, Apapa, Mushin and Ikeja.
Of the 117 cases of gastroenteritis reported so far, 109 have been treated and discharged, the commissioner discloses.
The Lagos state government is also sensitizing members of the public about the disease, while harping on personal hygiene and environmental sanitation.
How can you avoid contracting gastroenteritis?
By eating well cooked meals, washing your hands thoroughly, avoiding roadside eateries and drinking clean or safe water.
Abayomi advises that you wash fruits and vegetables thoroughly before eating; cook food thoroughly; dispose waste material properly, avoid open and indiscriminate defecation and keep water containers clean.
“Citizens must ensure proper disposal of waste and ensure they avoid possible backflow connection between water and sewer system.
“It is important that citizens wash hands with soap and running water thoroughly especially after defecation, before eating or food preparation and when they have been in contact with a sick person or touch any item or surface that may have been contaminated”, Abayomi says.
Stay safe out there guys!
(Culled from PulseNg)