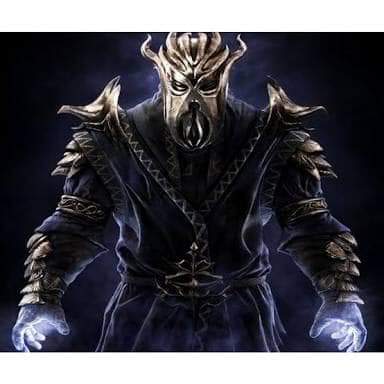 The warrior is noble and strong. His resolve is firm and his commitment is total. His is to kill, to shed blood and to be killed. His is to die for his King and for a worthy cause. His is to protect and lay down his life for his faith, his nation, his people and his loved ones.

What manner of men are these whose spirit speak of such valour and nobility? Consider the ancient Spartans and the Roman warriors of old. Consider the fearsome Vikings who believed that it was a curse to die a peaceful death and that the only way to heaven was to die violently and heroically in fearsome battle.

Consider the greatest warrior that ever lived, the noble and gallant Achilles, the pride of the Greeks and the glory of the Mermidans, who slew noble Hector and brought down the walls of Troy.

Consider Aragorn, King of Gondor, who saved the Middle Earth from the power of the Ring and from the hordes of Mordor. Consider Legolas, Prince of the  Elves, who gallantly stood behind him with his mighty bow and strong arrow. Consider brave Horatius who fought the savage barbarians and stood at the Roman gate.

Consider Ragnar the Viking King who crushed his enemies under his feet and brought glory to his people.

Consider Kahl Drogo of the Dothraki who rode into battle with fire and fury and who crushed all that stood in his path.

Consider Jon Snow Targarayan of the Nights Watch who manned the wall, who rode dragons into battle, who loved Khaleesi and who saved the Seven Kingdoms from the army of the dead.

Consider Alexander the Great who said “lose your fear and conquer the world” and who established the greatest empire that the world has ever known.

Consider King David, the greatest of all Kings, who relished in blood and war yet who was a man after God’s heart.

Consider David’s “strongmen” who stood with him through thick and thin and who fought for him to the very end.

Consider their gallant Captain, the mighty Joab and the others, Abishai, Asahel, Eleazer, the Tachomonite, Shammah, Benaiah, Eliam, Igal and Uriah the Hittite.

These were David’s ”strongmen”: all great and valient men of war whose courage was legendary and whose loyalty to their God and their King was unflinching and unquestionable.

Consider King Henry V of England who routed the French at Agincourt even though he was outnumbered by three men to one.

Consider Julius Caesar who came, who saw and who conquered. Consider Ertugrul Gazi of the Kayi who resisted the mighty Mongols, who rallied the proud tribes of the Orghuz and Anatolia, who called God’s name as he rode into battle, who laid the foundation for the Turkish state and whose brave son Osman Gazi was the founder of the mighty Ottoman Empire.

Consider Salahudeen the Compassionate, who fought the Crusaders, who re-took the City of Jerusalem, who rejected the path of vengeance and who showed the Christians mercy.

Consider Aslan, the great Lion of Narnia, who sacrificed himself, who rose again, who killed the white witch, who saved the world and who crowned Kings and Queens.

Consider the great Heracles who fought giants and monsters and who brought them to their knees. Consider the mighty Hercules whose father was a god, whose strength was unmatchable and who never lost a fight.

Consider Spartacus, who turned slaves into men. Consider Samson, who slew a troop with the jaw bone of an ass and yet who fell at the touch of a woman.

Consider Gideon who slew the Midianites, Jeptha who sacrificed his daughter, Joshua who brought down the walls of Jericho and Jehu, the son of Nimshi, who drove his chariot like a madman, who slew the witch-Queen Jezebel and who fulfilled prophesy by ensuring that the dogs ate her flesh and licked her blood in the fields of Jezreel.

Consider those that laid down their lives for our great and noble faith: Paul of Tarsus, the greatest of all the Apostles, who brought the glorious gospel of our Lord Jesus Christ to the gentiles and to the wider world.

Peter the disciple, who became the Rock on whom the Church of God was built. Abraham, Isaac, Jacob, Joseph, Moses, Samuel, Stephen, Isaiah, Elijah, Daniel, John and all the other disciples and Prophets of old.

For martyrs and heroes that lived and died for God are also gallant warriors who feared not death and who stood firm to the end in defence of their faith.

Consider George Washington who led his troops into battle and whose battle cry was “victory or death”.

Consider the noble Samurai and the 47 Ronin who avenged their Lord.

Consider the great Oduduwa who came down from Heaven and who established the Yoruba race.

Consider King Alfred and his Anglo-Saxon warriors who took their last stand at the Battle of Hastings.

Consider the charge of the Light Brigade, the sheer courage and discipline of the famous 600, at the battle of Balaclava in the fields of the Crimea.

Consider Hannibal of Carthage, Dieneces of Sparta, Hector of Troy, the Dragonborn of Skyrim and Michel Aoun of the Christian Phalange.

Consider the Red Baron of Germany, the Scarlet Pimpernel of England and the mighty Viking of Stamford Bridge.

Consider Yue Fei of China, Eric Bloodaxe of Norway, Roland of France, Rupert of the Rhine, Basil the Bulger-Slayer, Arminius of Germany and Vercingetorix of Gaul.

Consider Miltiades of Athens, Vlad the Impaler of Transylvannia, Sun Tzu of China, Pyrrhus of Epirus, Scipio Africanus of Rome, Xiahou Dun of China, Tayap Erdogan of Turkey and Miyamoto Musachi of Japan.

Consider our gallant Amazons and female warriors of old- Boudica of East Anglia, Joan D’Arc of France, Elizabeth 1 of England, Amina of Zaria, Moremi of Ife, Golda Meir of Israel, Margret Thatcher of the United Kingdom, Indira Ghandi of India, Katherine of Russia and Victoria of Great Britain.

Consider Idia of Benin, Funmi Ransome-Kuti of the Egbas, Benazir Bhutto of Pakistan, Esther of the Medes and Persians, Cleopatra of the Blue Nile and Egypt and Sarah Forbes-Bonneta of Lagos and the Victorian court.

Consider Yaa Asantewaa of the Ashanti, Eowyn of Rohan and Nwayereuwa, Nwannediya, Ikonnia and Nwugo of Aba Market and the Igbo nation.

Consider Daenerys Stormborn Targaryan, the Mother of Dragons, the Breaker of Chains, the Khaleesi of the Great Grass Sea, the Ruler of the Seven Kingdoms and the Queen of the Iron Throne who burnt down Kings Landing.

Consider Arya Stark, the Lady of the North, who slew the Night King.

Consider Arwen, the beautiful Elf Queen, who lifted her sword in battle and who gave up immortality for the love of Aragorn.

Consider Arthur of Camelot and his Knights of the Round Table.

Consider Theoden and the Riders of Rohan at the siege of Gondor.

Consider Greyworm, the Unsullied, the Dothraki and the Army of the North at the battle of Winterfell.

Consider Legolas and the golden Elves at the Battle of Helms Deep.

Consider Ntshingwayo Khoza and the Zulu Army at the Battle of Isandlewana and consider Lt. John Chard and Lt. Gonville Bromhead and the British forces at the Batte of Rorkes Drift.

Had these great men and women all not stood their ground and had they all not played their role in our collective history, where would the world be today? They sacrificed their today so that we may have our tomorrow.

They lived for the sake of others and asked for only one thing in return: that their names should live forever and that we should never forget their noble deeds and their worthy sacrifices.

And we must not forget, nay we dare not forget, for as Martin Luther King once said “if a man is not ready to die for something, then he is not worthy of living for anything”. The warrior is prepared to die for his cause. That is what makes him so noble and that is why he will always have a special place in our hearts.

May the spirit of the warrior fill us all and, like the true warriors that we are, when the angel of death comes may the Lord give us the strength and boldness to look him fearlessly in the face and treat him with the contempt and disdain that he deserves.

May we never forget that he has lost his sting and that, by the power of Christ Jesus, he has been conquered and crushed.

When the dark angel comes, as come he must for us all, we must be men and we must die a good death, not cringing and crying like fearful puppies but, like true warriors, fighting to the bitter end.

The warrior does not vanish into the night. The warrior will not go down without a fight.