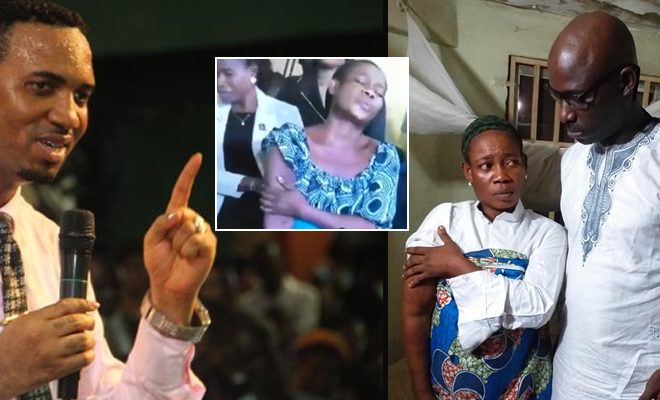 A Nigeria woman who recently trend on the news for being involved in an alleged staged managed miracle has finally been located. 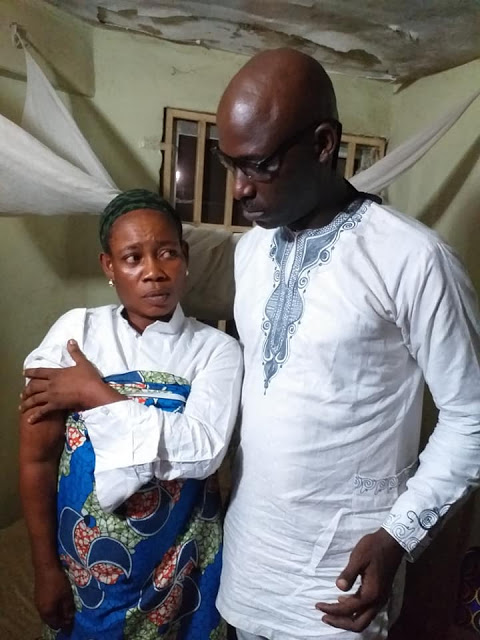 The woman explained that she has visited several churches to find healing for her deformed arm but the problem always resurfaced after few days of getting healed.

Just recently, several videos of what we tagged “miracle of abracadabra” circulated on the internet, the woman was spotted at several churches in what appeared to be theatrical healing to deceive the crowd.

Many Nigerians on the social media shared their views on the ‘miracle’ with many of them criticism pastors. The woman who was located by Chris Kehinde Nwandu (CKN) shared her own side of the story.

The woman identified as Bose Ola revealed to CKN that her arm became deformed as a result of domestic accident she was involved in two years ago and that she has since then visited several pastors in and outside Nigeria to find healing. According to her, after getting healed by those pastors, the deformity comes back after few days. Bose Ola also said that she is now permanently healed after visiting Pastor Chris Okafor.