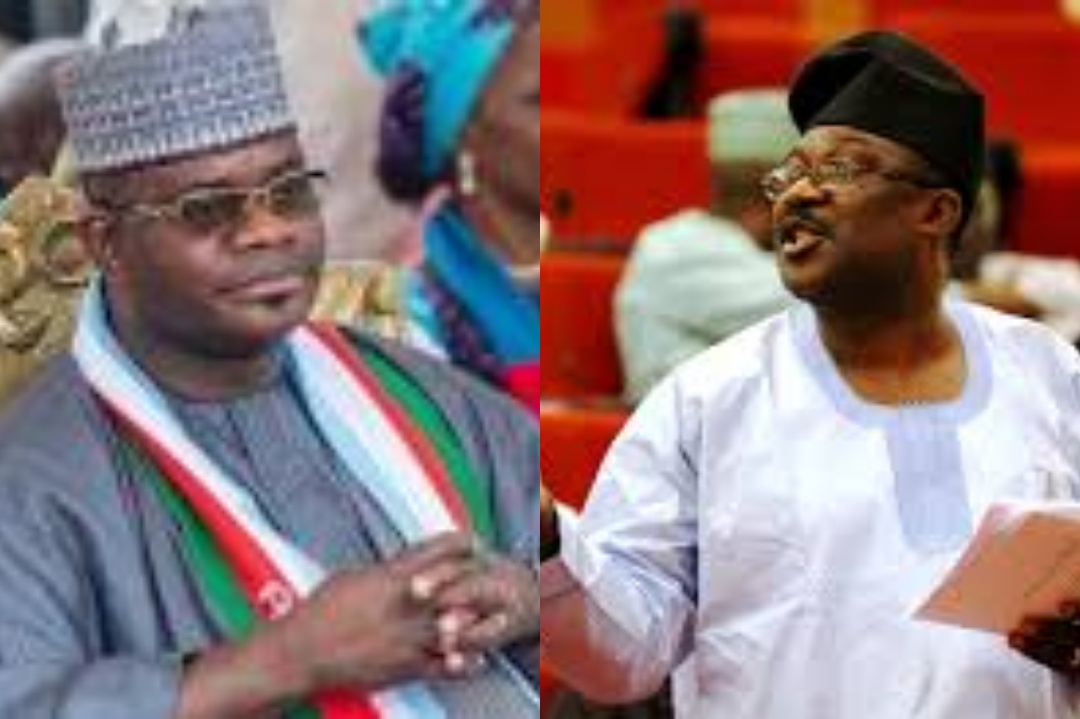 The People Democratic Party PDP in Kogi West Senatorial District has said that both APC Governorship candidate ,Yahaya Bello and Senatorial Candidate in upcoming Kogi West Senatorial rerun election,Sen.Smart Adeyemi were chased away from Kabba township road by the Okada Riders as a result of an attempt made by the state Governor to commission road project executed by Sen.Dino Melaye.
The statement signed by Owoyemi Johnson of Kogi West PDP Media Team reads
It was a mild drama and evidently an atmosphere of confusion, failure and desperation for All Progressives Congress, APC, governorship candidate Yahaya  Bello and his serially defeated Senatorial stooge in the upcoming Kogi West rerun election, Smart Adeyemi when he led the governor in an attempt to commission one of Sen Melaye’s road project at Kabba township stadium road, yesterday, but for the swift intervention of the Okada Riders Association who chased them away.
The okada riders had to begin with a shouting match; this is Dino’s project repeatedly. For seeing the attendant embarrassment, the governor and other left the road.
Interestingly, the okada riders didn’t stop, they chased Smart Adeyemi, the governor and others who attempted commissioning one of Sen Dino Melaye’s Constituency project, they were all chased up to along Edumo road, after ECWA Church, Kabba.
Smart Adeyemi who have no single visible projects in Kogi West must realise by now that, Okun/Kogi West people are highly intelligent, conscious and enlightened enough to know a performer and a failure.
We call on governor Yahaya Bello and Apc to desist from such attitude of dubiously laying claims to PDP projects, not only Kogi West but across the state.
What happened yesterday at Kabba was a clear result of compensation of failure from Apc led federal govt when it handed over party ticket to a man who have no respect for development and people’s welfare.
Kogites are aware that Apc do not care even care if Kogi is ruined or go into extinction just to ensure the victory of Yayaha Bello, but the people have resolved to vote out incompetence and maladministration.