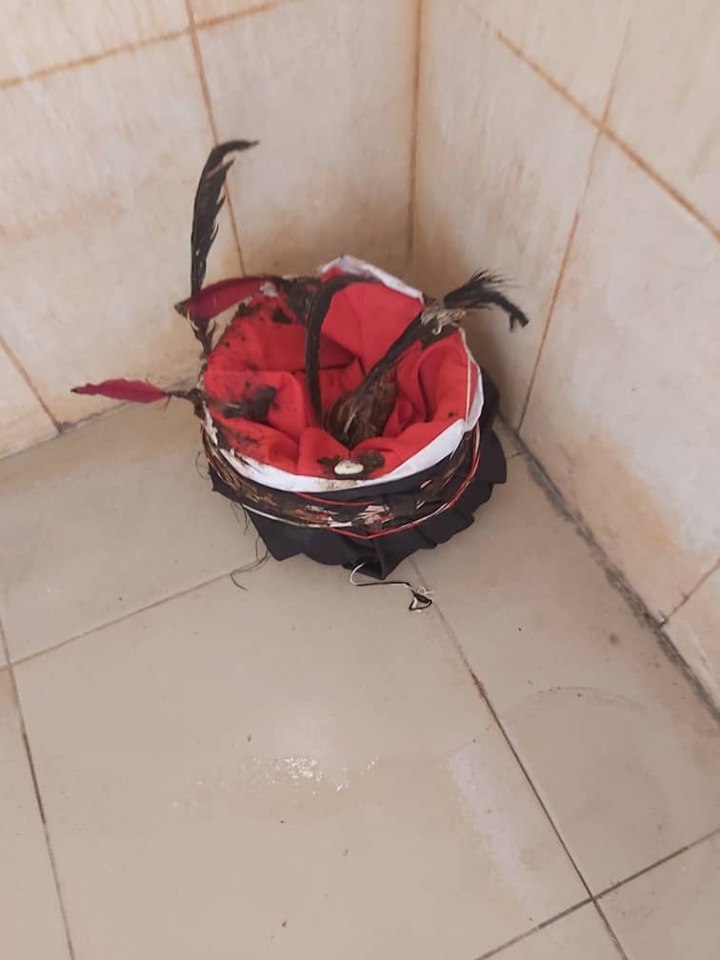 The new Chief of staff to Kogi state governor, Asuku Jamiu Abdulkareem, has alleged that the impeached deputy governor of the state, Simson Achuba forgot his juju at the government house as he hurriedly moved out of his official quarters following his impeachment.
He made this known on his Facebook page on Saturday. 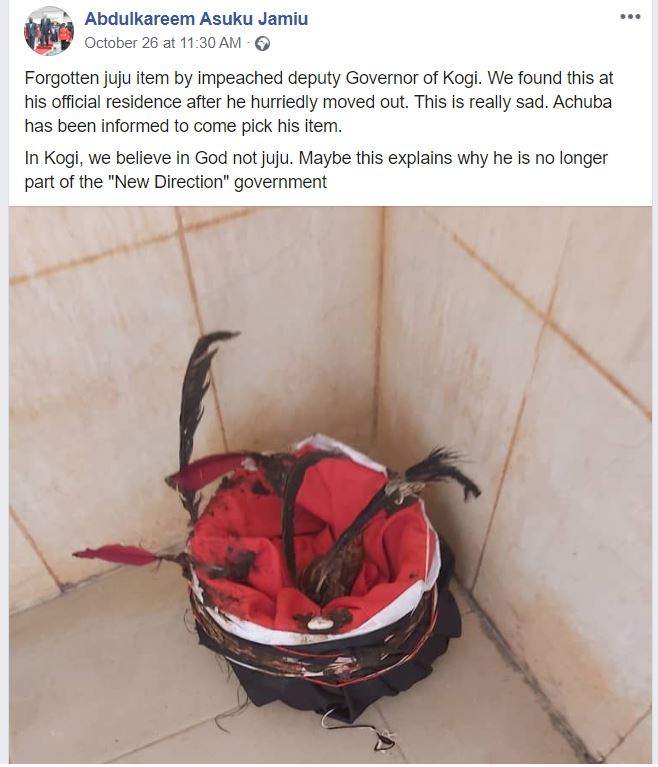 ”Forgotten juju item by impeached deputy Governor of Kogi. We found this at his official residence after he hurriedly moved out. Achuba has been informed to come pick his item.In Kogi, we believe in God, not juju. Maybe this explains why he is no longer part of the New Direction government.” 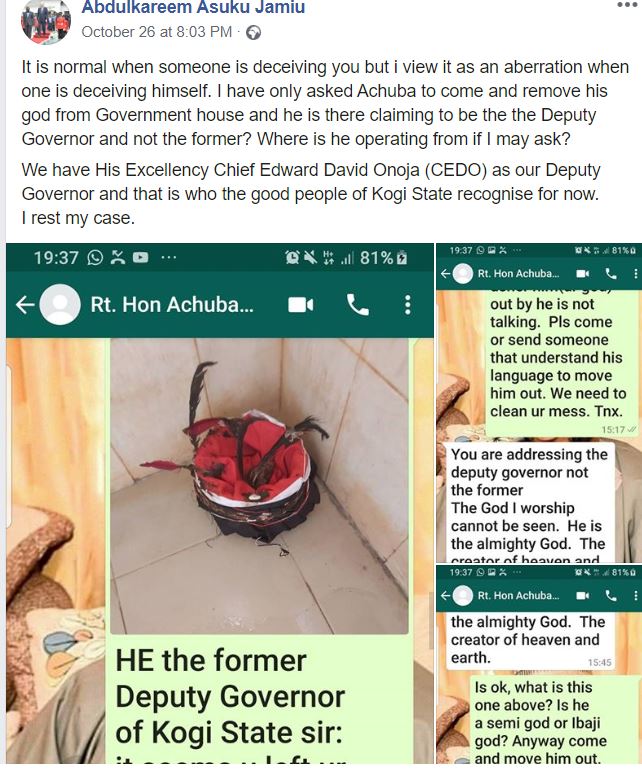