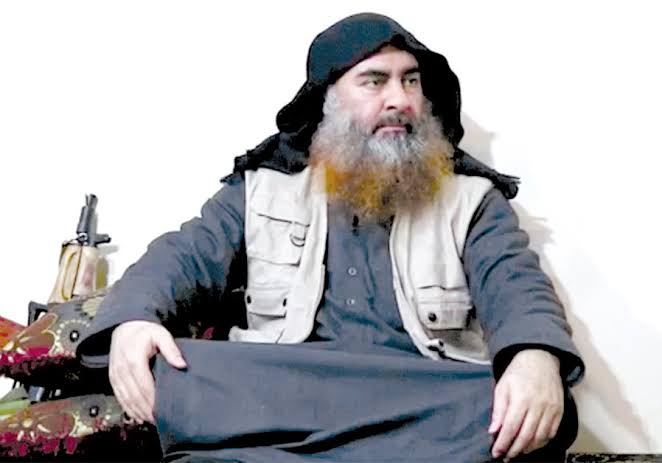 Aspecial forces commander from Kentucky has been identified as one of the soldiers who helped bring down ISIS leader Abu Bakr al-Baghdadi.
Dailymail reports that Lieutenant General Scott Howell, of Cadiz, Kentucky, has been credited with helping plan and lead the dramatic raid to kill al-Baghdadi in Syria on Saturday night. 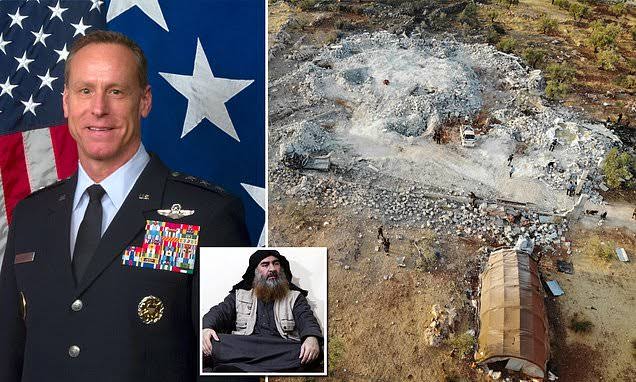 You would recall that Al-Baghdadi blew himself up after being cornered by U.S forces in a dead-end underground tunnel in his Syrian compound.
Kentucky Congressman James Comer praised Lt. Gen. Howell on Sunday for leading the mission.
‘We salute our military members and special forces, led by KY-1 Cadiz native Lieutenant General Scott Howell, for their distinguished service in bringing down ISIS leader Abu Bakr al-Baghdadi. America is grateful for their bravery,’ he said.
It is not clear if Lt. Gen. Howell was on the ground in Syria.
Lt. Gen. Howell is a command pilot with more than 2,600 flight hours.
He is the commander of the Joint Special Operations Command in Fort Bragg, North Carolina.
Prior to assuming the command last year, Lt. Gen. Howell was vice commander of the U.S. Special Operations Command in Washington D.C.
Lt. Gen. Howell, who was commissioned through the U.S. Air Force Academy in 1987, earned his wings at Fort Rucker in Alabama.
He is a career helicopter pilot whose rescue and special operations include assignments in Iraq and Afghanistan.
The daring raid on the compound where al-Baghdadi was hiding was the culmination of years of steady intelligence-gathering work – and 48 hours of hurry-up planning once Washington got word on where he would be.
President Donald Trump said three previous attempts to capture the ISIS leader had been cancelled because al-Baghdadi, who was under surveillance, had changed his mind about where he was going.
Trump watched the raid in real-time from the Situation Room via a video link as troops blasted into the hideout and sent the most-wanted militant running the last steps of his life. 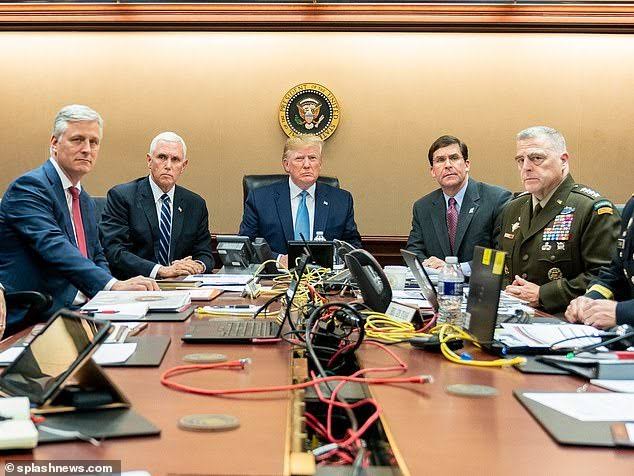 The raid was named after Kayla Mueller, a US aid worker, who was captured by the jihadists in 2013 and repeatedly raped and tortured by Baghdadi until she was murdered in 2015.
Trump said soldiers blasted a hole in the side of a building because they feared the entrance might have been booby-trapped. Al-Baghdadi fled into a network of underground bunkers and tunnels that snaked through the compound.
The stout, bearded militant leader wore a suicide vest and dragged along three children as he fled from the American troops.
crying and screaming all the way’ to his death.
‘He reached the end of the tunnel, as our dogs chased him down,’ Trump said. ‘He ignited his vest, killing himself and the three children.’
Al-Baghdadi’s body was mutilated in the blast and the tunnel caved in on him. To get to his corpse, troops had to dig through debris.
Not much of al-Baghdadi was left – but enough for a DNA test using a small field kit.
Once al-Baghdadi was confirmed dead, U.S. forces grabbed every computer, every phone, every bit of paper they could find before retreating.
The last action was to call in an airstrike by US drones, reducing Baghdadi’s hideout to rubble, wiping it from the face of the Earth and covering their tracks.
(DailyMail)