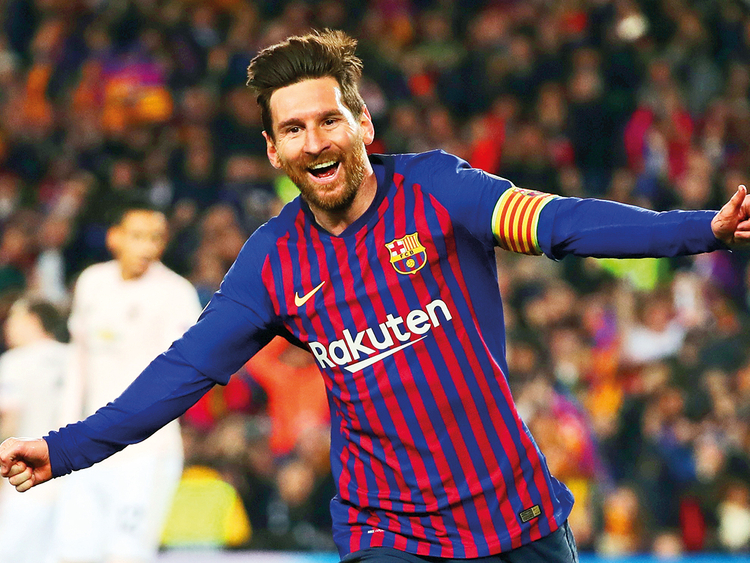 Barcelona boss Ernesto Valverde said he has “run out of words” to describe Lionel Messi after his stellar display in a 5-1 win against Real Valladolid.
Messi struck twice, including a landmark 50th career free-kick, and provided assists for Arturo Vidal and Luis Suarez as Barcelona returned to the top of La Liga with a seventh straight win in all competitions.
“What else can be said about him? I’ve run out of words,” Valverde said.
“We always know that he will appear, whatever the match.
“His talent isn’t comparable to anything, the reality is that every time he touches the ball, something special happens. I just don’t know what to say.”
“It wasn’t an excessive match, but I think we played well,” added Valverde, whose side play at Levante on Saturday before next Tuesday’s home Champions League tie against Slavia Prague.
“We’re in a week of three matches and it was important to start it well.
“We have a big squad and all the players are fighting to play. There are players who deserve to play but can’t always do so. We will be managing the group.”
Valladolid had been unbeaten in their previous five matches and manager Sergio Gonzalez urged his side to not lose confidence after defeat to the Spanish champions.
“We did the most difficult thing, which was to match that initial goal and at the time we were changing the structure of the team,” Gonzalez said.
“Then Messi’s free-kick is a masterpiece. Barcelona wanted to rebel. They had not played for a long time and everything went straight.
“The result is bulky, but we have to assimilate it, raise our heads and relativize it.”

Messi edges out Cristiano his LaLiga brace against Valladolid sees the Rosario born striker move ahead in the domestic football goal scoring record books with the Barcelona captain having bagged 608 club goals in official competitions during his carrear. Juventus striker Cristiano Ronaldo has managed a carrear haul of 606 goals in his time in Portugal, England, Spain and Italy.

The 32-years Messi have managed to achieve the milestone in 695 games with the Portuguese hitting his 606 goal tally in 813 games for Sporting CP, Manchester United, Real Madrid and Juve.